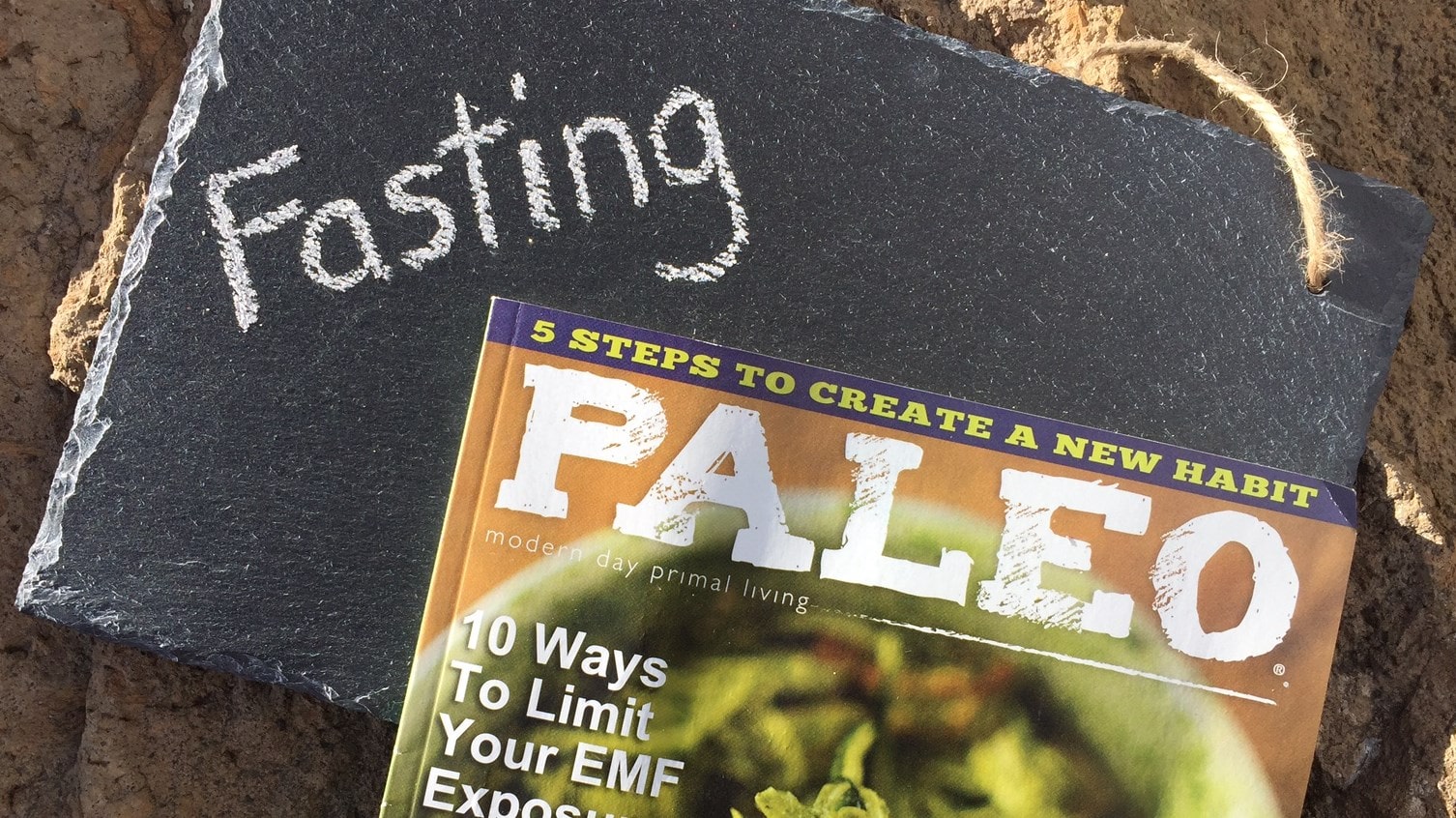 Intermittent fasting in conjunction with Paleo principles may just be the best approach for weight loss and improved health. 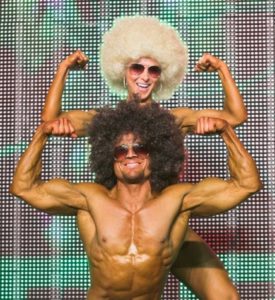 For as long as my wife and I have been together, we’ve been on the same page nutritionally. As former bodybuilders (we actually met at a bodybuilding show) our relationship was founded on romantic grilled chicken dinners and early morning protein shakes. When my wife was diagnosed with Celiac disease, I joined her in her gluten free journey and when I became interested in Paleo she immediately tossed the grains and legumes and we went primal together.

This support has been mutually beneficial for my wife and I as we continually strive to optimize our health. However, when I announced my latest nutritional endeavor of Intermittent Fasting (aka IF), I was somewhat surprised (and honestly quite relieved) when she smiled sweetly and said “have fun with that”. You see, while my wife and I have similar eating habits, we have drastically different relationships with food. My wife is a creature of habit, essentially eating the same thing at the same times each day with the exception of swapping out various fruits, veggies and proteins. In those rare occasions when food isn’t available and my lovely wife misses a meal, its best to just stay out of her way because she gets seriously hangry (hungry+angry=hangry). Me, on the other hand, well let’s just say as a busy doctor I miss meals more frequently than I’d like to admit and one can’t exactly get “hangry” when dealing with patients all day.

Researching the topic of intermittent fasting is quite confusing as this area does present some conflicting information. For one, the vast majority of research on this topic has been done on rats. Being that lab rats are often fed “chow” consisting of soy, corn, wheat and a slew of other ingredients, it seems likely that their health certainly would improve when intermittently eliminating these questionable ingredients. And, of course we must remember that lab rats are not humans and thus their results might not correspond perfectly. With this in mind, there are numerous human studies showing that IF can be extremely beneficial for weight loss while reducing a number of ailments and diseases (including cancer (1)  and Alzheimer’s (2) and improving metabolism, reducing oxidative stess, slowing the aging process and increasing lifespan. (3, 4) And lastly, we can’t deny the countless people who have tried intermittent fasting and continue to sing its praises, however once again there have been a number of individuals (most often women) who experienced negative consequences with IF.

After considering both sides of this topic, I strongly believe that Intermittent Fasting could be one of the most powerful nutritional regimens since the Paleo diet. Even better- combine it with the Paleo diet and you’ve got the best program for preventing disease and increasing healthy lifespan. So that’s exactly what I did. As I write this, I’ve officially been experimenting with IF for over a month. There are a number of fasting methods out there, from eating every other day to systematically missing meals, to randomly skipping meals. I have simply been having my first meal of the day around noon on most days (resulting in a 16 hour fast) then 1 day a week I only eat dinner. In the relatively short amount of time I’ve been experimenting with IF I have lost a few pounds, notice fewer food cravings, have increased mental clarity and my appetite overall has decreased. Not too shabby!

Now back to my wife, and females in general. While the majority of studies and testimonials supporting IF are quite compelling, I do question whether a strict IF regimen (i.e. going more than a day without food) is ideal for all women, and specifically those already at a healthy bodyfat. While I’m confident that we will be seeing a lot of research on IF in the near future, right now there just isn’t much, although I have heard quite a lot of negative feedback from women who have tried a strict fasting regimen.

There is one particular recent study (2012) that compared the results of fasting on male and female rats. For this study, half the rats ate whatever they wanted, when they wanted while the other half ate only every other day for 12 weeks (about 10 years in human lifespan). The results of this study showed that after only 10-15 days the female rats’ reproductive system and hormones were much more drastically affected by the fasting than the males while the appetite-regulating hormone leptin dropped six times lower in the fasting female rats than those on the normal diet. (5) Now, I realize that I can’t base a totally thorough theory on this one small study; however I can combine what I know with the feedback I’ve received, to conclude that this level of intermittent fasting might not be ideal for all women.

I certainly believe that early humans lived in times of feast or famine, and most likely evolved to function during times of limited food intake. I also believe that the vast majority of humans today, both men and women, could easily and more healthily live with fewer calories than are currently consumed. However, I’m not sure this necessarily makes strict IF the ideal eating method for all women, especially those hoping to conceive in their lifetime or simply hoping to keep their hormones in check.

When food intake becomes irregular, hormones and the reproductive system can follow suit making it increasingly difficult to conceive when food intake is interrupted. Perhaps this is an intentional measure by the body to protect itself from the risk of pregnancy in times of limited food availability?  Of course those not wanting to reproduce anytime soon may be fine with this, however keep in mind that hormones play a much bigger role in the body than simply producing offspring. (Helen Kolias does a great job explaining this in her article “Intermittent Fasting for Women: What you need to know”6).

I want to be clear- I am certainly not suggesting that ALL women refrain from all forms of intermittent fasting. Fasting can be an incredibly easy way to reduce caloric intake, lose weight and improve a number of health markers without a constant, overly stringent dietary regimen. In fact, I highly recommend those (both men and women) with a strong family history and those currently battling ailments like cancer, neurodegenerative disease, and cardiovascular diseases consider fasting as a method of treatment or prevention.

Now, for healthy women interested in IF, I recommend a less strict fasting regimen such as the 5:2 (eat normally 5 days per week, drastically restrict calories 2 days per week) or simply eating an earlier dinner and/or pushing breakfast back a few hours to create longer periods of fast. Its important to understand that one doesn’t have to jump in with multiple day fasts or even alternate day fasts as studies show that even regular 16 hour fasts can dramatically lower inflammation, cholesterol and blood glucose while promoting fat metabolism. (7) I believe this should be encouraging for women hoping to reap the awesome benefits of intermittent fasting, without risking hormonal dysfunction. And, of course for those seeking a simple, balanced diet that can also improve health and body composition there is always the good ole standard Paleo Diet which we know is safe and effective for all individuals.