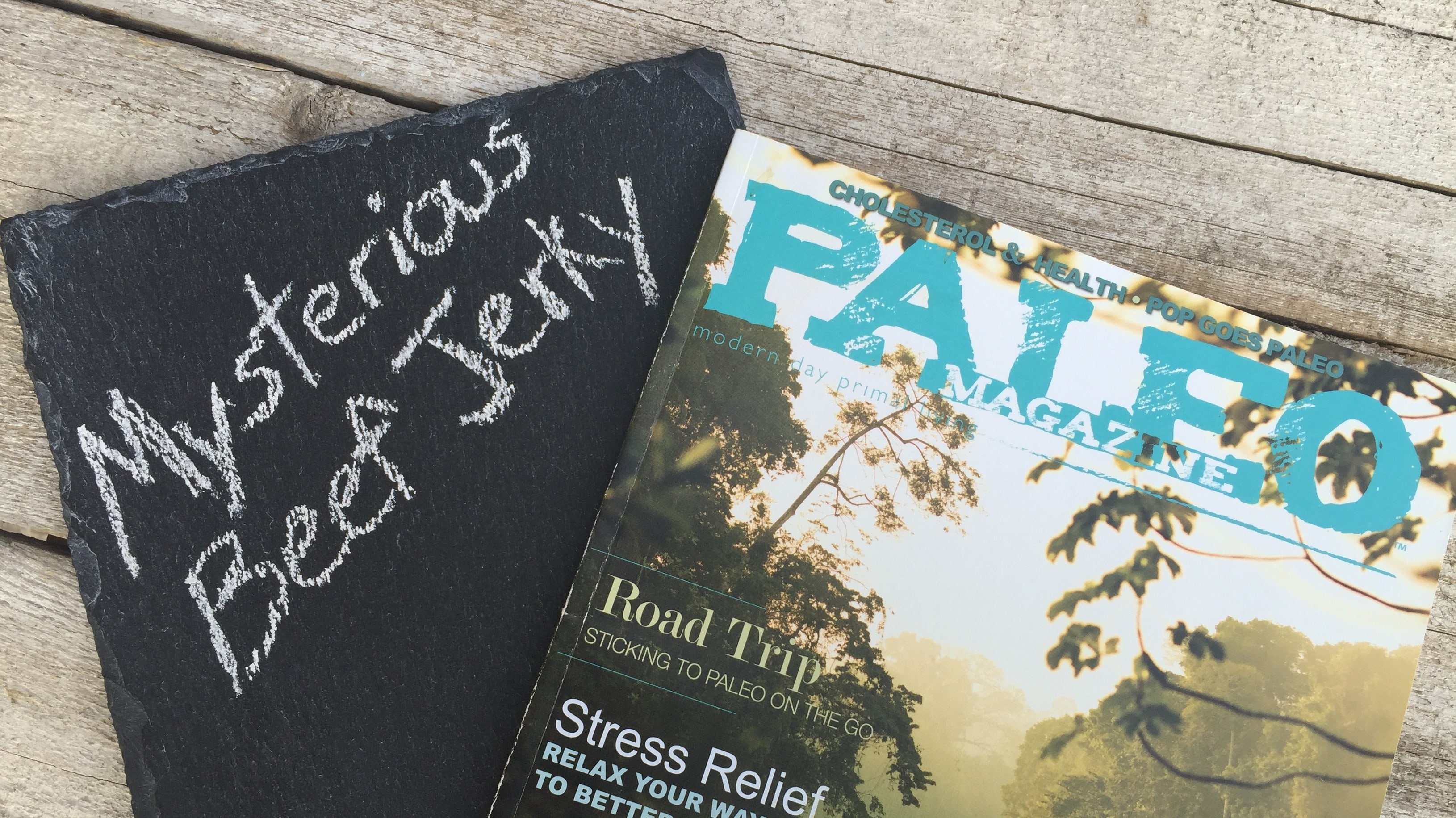 01 Sep Be Aware of Hidden Ingredients in Your Food

A while back my wife and I took a road trip to rural Eastern Oregon to visit family. This trip was like any other as we began with a loaded cooler of Paleo-friendly fare and endured a weekend of interrogation around why my gluten-sensitive wife couldn’t eat the majority of food offered by her generous family. In our haste to get back to the comforts of our gluten-free, paleo-friendly home, we neglected to stop at the store before leaving for the desolate 5 hour trek back to beautiful Bend Oregon.

Less than an hour into the trip we realized that our minimal amount of nuts wasn’t going to last. With no other option, we stopped at a gas station. As any primal foodie would do, I immediately went for the nuts and jerky. However, as I flipped over countless packages of jerky, I quickly became discouraged and finally purchased a bag of almonds for my wife and jerky with the least amount of additives for myself, then returned to the car to tell Cassie that she would be limited to nuts for the journey home as every package of jerky available contained gluten

After the trip, I sat down to perform some basic research on the ingredients listed on that package of jerky to find out exactly what some of these mystery ingredients are. The ingredients included: BEEF, WATER, SUGAR, SALT, CORN SYRUP SOLIDS, DRIED SOY SAUCE (SOYBEANS, SALT, WHEAT), HYDROLYZED CORN AND SOY PROTEIN, MONOSODIUM GLUTAMATE, MALTODEXTRIN, FLAVORINGS, SODIUM ERYTHORBATE, and SODIUM NITRITE. 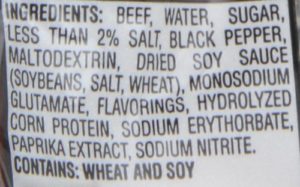 The first ingredient, beef, was most likely raised on a diet of hormones and genetically modified grains before landing in the convenient package I held in my hand. While we are still learning the long-term health effects these hormones have on our health, scientists are concerned prolong exposure could lead to infertility, early onset puberty in girls, and cancer.

Considering the genetically modified foods (most likely) fed to the cows and listed in the forms of corn and soy, we again have no idea what long-term effects these can have on our health. However, growing evidence links GMO’s to a variety of issues including food allergies, intestinal damage, autoimmune disorders, anemia, diabetes, infertility and even cancer. Considering around 80% of American corn and 90% of soybeans are genetically modified, it seems safe to say we would benefit from limiting or avoiding them completely.

Wheat is the next item on the ingredients list. With cases of gluten intolerance increasing daily and celiac disease being one of the most common lifelong disorders in both Europe and America and resulting in at least 55 other known diseases, you probably already know my opinion of this ingredient.

Next on the label are monosodium glutamate (or MSG), maltodextrin, and flavorings which have all been added to enhance flavor. When injected into mice, research has found that MSG can lead to inflammation, obesity, and diabetes. In addition, headaches, flushing, chest pain, nausea, and other symptoms have been reported after consuming this product? The maltodextrin and flavorings seem harmless enough, however I do wonder exactly what goes into “flavorings”?

Speaking of mystery products, the next ingredient listed is sodium erythorbate which is used to stabilize color, maintain flavor, and reduce the formation of nitrosamines (cancer causing compounds) in processed meats. The side effects associated Sodium erythorbate include headaches, dizziness, hemolysis, nausea, heartburn, abdominal cramping, and kidney stones. Oh, and remember the part about this product preventing the formation of the cancer causing compounds? That brings me to the next ingredient: sodium nitrite, a preservative flavor enhancer that comes with the added bonus of potentially creating cancer-causing chemicals, nitrosamines. The good news is consumers don’t have to worry about these pesky little cancer causers because companies add the sodium erythorbate to combat them. Wouldn’t it be easier to just omit the nitrites in the first place?

My package of jerky listed only 16 ingredients yet apparently has the potential to increase ones chance for everything from cancer to diabetes; and this is supposed to be a “healthier” food choice! It is items like this jerky, and the countless other “mystery foods” on our market shelves today, is just another reason so many are reverting back to the primal ways of eating. Why take chances when it comes to your health?

PS: For a healthier jerky, simply opt for organic and nitrate/nitrite free AND soy and wheat-free, which can be easily found in most natural food stores.