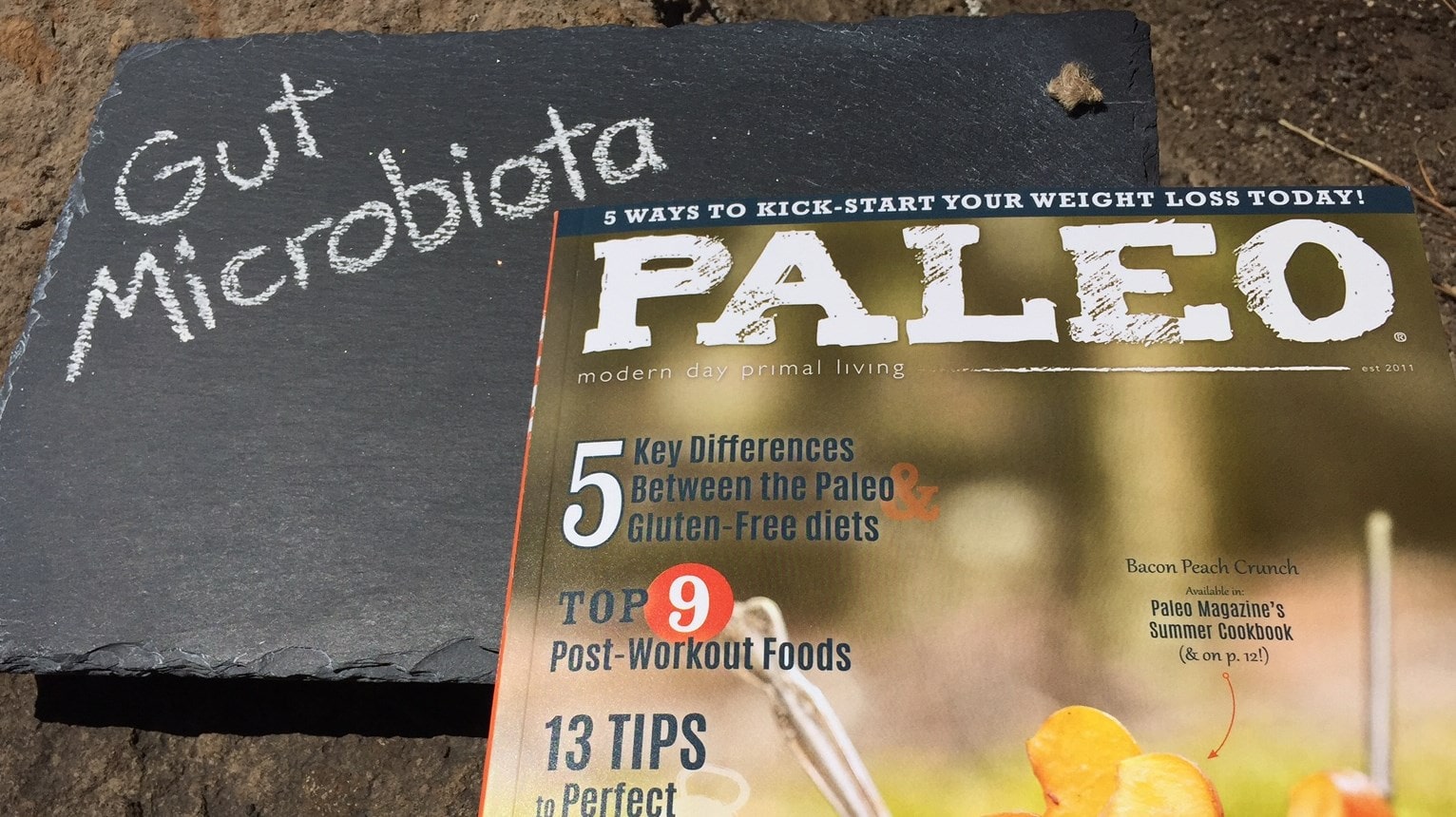 01 May Microbiota and Gut Health

Posted at 07:26h in Digestive Health, From the Doc, Health Articles by Jason Kremer 0 Comments
0 Likes

Hippocrates once said “All disease begins in the gut.” Much of that still holds true today in regards to gut health and the microbiota.

I never imagined that I would be this fascinated with intestinal bacteria at this point in my professional life, however, I also never realized that this bacteria could be so fascinating… and important. And I’m not the only one suddenly interested in these trillions of microorganisms that make up the ecosystem that is our digestive system! It seems that more people are catching on to the importance of keeping all those little organisms in the gut balanced, happy, and healthy as sales of probiotics have absolutely skyrocketed in recent years! These thriving bacteria comprise the main component of our diverse gut flora and the many people contributing to the skyrocketing sales of probiotics really need to have a solid understanding of this area if they truly wish to promote optimal gut health and digestion.

Those interested in improving their gut health are definitely on to something, considering just how important the gastrointestinal (GI) system is! Did you know that the gastrointestinal tract represents over 70% of our entire immune system? (1) (2) Of course, this does make sense as it is our largest organ system exposed to the outside world! Today some experts actually even consider the gut to be the “second brain” as researchers have recently discovered the large role it plays with mood and decision making. (3) In fact, in addition to having its own nervous system, the gut actually has more neurotransmitters than the brain! If this wasn’t eye opening enough, a recent publication suggests that our microbiota contain 150 times more genes than its’ human host! (4) This is yet one more characteristic that makes us all so unique while substantially influencing body composition, disease, and health in general.

Within the GI system resides the microbiota. This tiny ecosystem living within the digestive tract contains approximately 3 pounds and 500-1000 species of bacteria, as well as yeast and other microorganisms.  The good guys in this ecosystem are the “friendly” bacteria that promote proper digestion, support the health of the intestines, reduce toxic exposure and aid in breaking down food and absorbing its nutrients. Meanwhile the bad guys are typically the yeasts (candida being the most common), viruses, parasites and pathogenic bacteria. In a healthy gut, there will be many more good guys than bad and they reside in harmony with one another in a state of symbiosis.

Now, can you imagine the amount of trouble we would be in if this organ system was compromised or the microbiota become unbalanced, as is the case in dysbiosis. Unfortunately, in today’s world we’re seeing this becoming more of a norm than an occasional occurrence. Symptoms and conditions of an imbalanced microbiota include irritable bowel syndrome, gas, and bloating, allergies, food sensitivities, skin conditions, obesity, chronic fatigue, autism, dementia, arthritis and increased risk of colorectal cancer and autoimmune diseases. Dysbiosis can also have a direct negative impact on our immune and nervous systems, in addition to increasing risk of a number of other chronic health conditions.

How Do Imbalances Start?

In the United States and China the rate of C-section has risen by nearly 50% since 1996. (5) This trend is reflected in many parts of the world and is actually the first and one of the largest influences of our microbiota. Prior to birth, a newborns GI tract is in pristine condition as it awaits colonization of bacteria from mommy and the outside world. During the later stages of pregnancy, the expecting mother’s body prepares by altering the microbes in the vagina, which, at the time of delivery are primarily dominated by Lactobacillus and Prevotella bacteria, both beneficial bacteria. In cases of caesarean birth, the baby completely bypasses these beneficial bacteria and its once pristine GI system instead inhabited by microbial communities often found on the skin, including Staphylococcus, Corynebacterium, and Propionibacterium. (6) While we’re still uncovering the full implications of this issue, we do know that vaginal birth is always best in terms of establishing a healthier gut from birth. With this in mind, it is also imperative that expecting mothers make an effort to establish optimal gut health and digestion prior to and during pregnancy.

While the importance of breastfeeding is well documented in terms of promoting a newborns overall health, it also plays a large role in the development of the gut flora during infancy. However, sadly only about 44.3% of American women breastfeed (with only 14.8% breastfeeding exclusively) for the recommended first six months after birth. (7,8) In addition to containing select sugars that nourish the development of gut flora, mothers milk has also been found to have an antibody (called SIgA) that helps to establish a healthy environment of beneficial bacteria in the gut, in addition to promoting overall better GI function. 9

Antibiotics do have their place in today’s world, however in my honest opinion are way over-prescribed and overused. When antibiotics are used with the intention of killing off harmful pathogens and bacteria, they unfortunately don’t discriminate and kill off many of the beneficial guys on their way through the system. Without the good guys doing their jobs and with extra food and space for things like yeasts, antibiotic resistant bacteria and other bugs to flourish, many will find that immediately following antibiotic use their guts and digestion are seriously impaired. I recommend doing antibiotics only when necessary and following with high doses of probiotics and fermented foods to re-establish gut flora.

As a general rule- healthy bacteria in the gut thrive on a variety of fiber from the diet (naturally occurring fiber from plant food is better than fiber-fortified processed foods). Meanwhile those bad guys (especially yeasts!) just love sugar and carbs. Many struggling with “dysbiosis” and yeast overgrowth will actually experience extreme sugar/carb cravings as a direct result of the imbalance in the gut. Considering the high carb, over-processed, sugar-loaded diet maintained by many, we can see why dysbiosis has become such a common issue. Many are simply not giving their gut flora the food it needs to thrive! This is yet another reason why I promote an ancestral style diet over other lifestyles.

NSAIDS (non steroidal anti-inflammatories), acid blocking drugs, steroids and the birth control pill have all been shown to be detrimental to the gut flora. In general, these drugs tend to inhibit growth of beneficial bacteria, thus promoting higher amounts of unhealthy gut inhabitants. Many also impair digestive function directly or end up doing so indirectly by altering the gut flora. (11)

Have you ever felt “butterflies” in your gut as a result of a stressful situation? This is because there is a very strong connection between our gut and brain! Thus, when brain function is impaired, gut function will follow suit and vice versa. And, sometimes the brain is impaired because the gut is impaired, and vice versa.  Stress has been shown to effect gastric secretion, motility, permeability and a number of other functions of the gut. When this stress is chronic, the gut nervous system becomes altered, creating a leaky gut and providing an unhealthy environment for beneficial bacteria to thrive. (12)

While dysbiosis has become a very common condition, the good news is people really do seem to be catching on to the importance of gut health- which I attribute largely to the Paleo and the Functional Medicine movement. With the proper protocol of dietary and lifestyle change, gut health and symbiosis can be restored. For those suspecting a state of dysbiosis or looking to repair gastrointestinal function, I highly recommend seeking out a reputable Functional Medicine practitioner who specializes in gut health and digestion for individualized guidance.

If you would like more information on getting to the root cause of gastrointestinal dysfunction, check out my past column on G.I. Health. I’ve also put together a cost-effective 30 Day G.I. FIX program which follows Paleo principles and is based around the 5 R’s of Functional Medicine and have had huge success for so many of my patients utilizing this approach for everything from IBS to migraines. 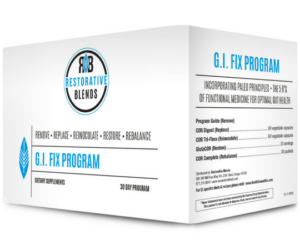