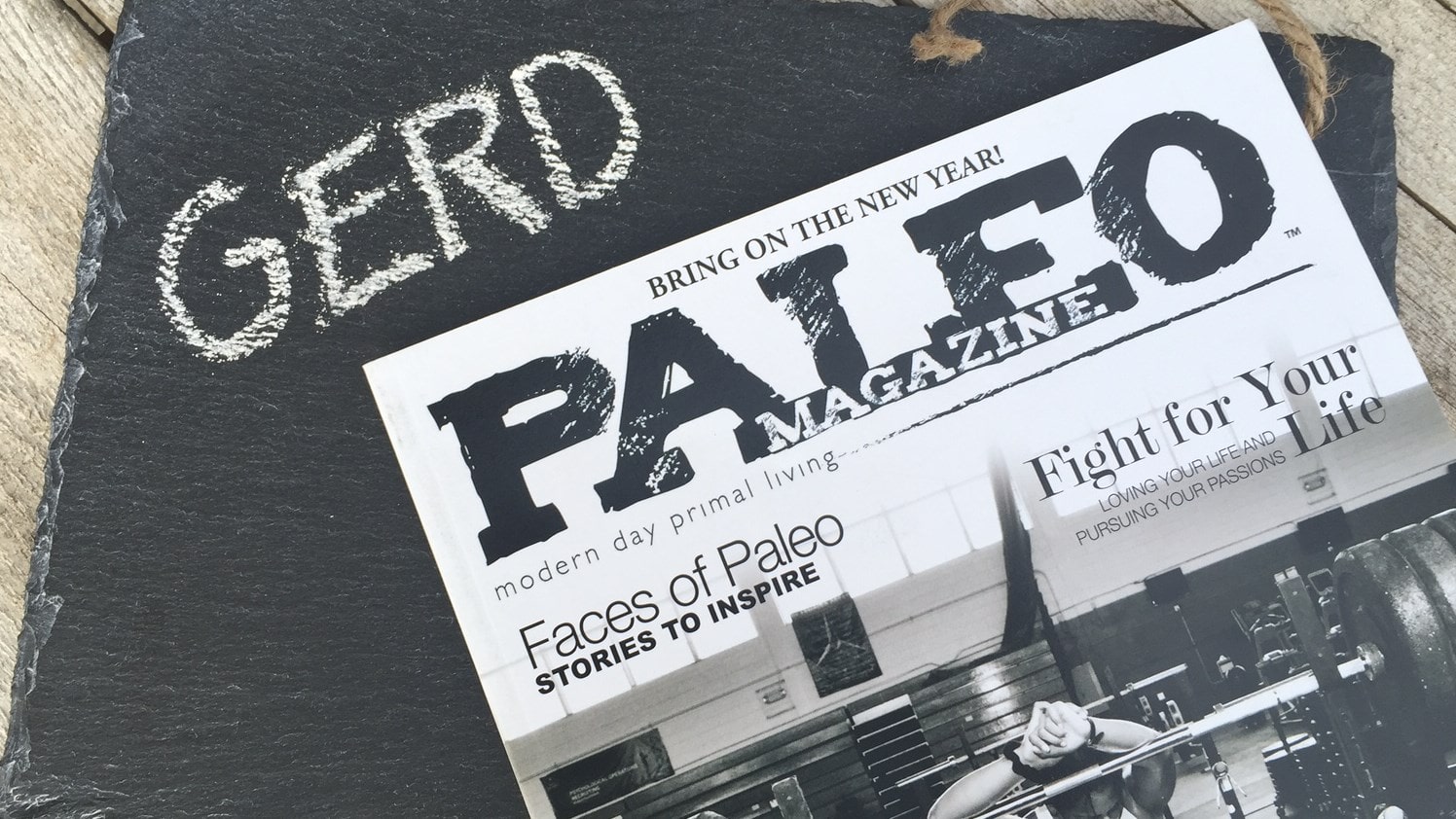 Is it just me or does it seem as though conditions such as dyslipidemia, high blood pressure, depression, thyroid dysfunction, and GERD are being treated by mainstream medicine as though they are the result of some sort of medicinal deficiency that can only be treated with the use of the latest and greatest prescription meds? With current statistics estimating that 7 out of 10 Americans currently take at least one prescription drug, half of our population takes two prescription drugs and 20% of the American population are currently on at least 5 prescription medications (i); I think it’s safe to say that we have a serious health crisis on our hands that is NOT the result of a Lipitor, Prinivil, Prozac, or Prevacid DEFICIENCY.

When it comes to prescription drugs, it seems that one of the biggest misconceptions is the idea that these drugs are safe and come with no consequences. All too often patients put too much trust in their physicians and assume that because their doctor prescribes these medications it automatically makes them both harmless and the best option of treatment. This couldn’t be further from the truth! Today I’d like to take a closer look at one of the most prescribed medications in America, those Proton Pump Inhibitors (or PPIs) and their relationship to one of the most common gastrointestinal issues in America, Gastroesophogeal Reflux Disease or GERD.

GERD is defined as a condition in which the stomach contents leak backwards from the stomach into the esophagus (the tube from the mouth to the stomach) causing mucosal damage and erosions. While patients are led to believe that this “reflux” is typically caused by the lower esophageal sphincter muscle becoming weak or malfunctioning, the truth is this condition is actually most frequently caused by lifestyle factors such as diet, obesity, stress, alcohol and tobacco use, medications and poor digestion (often caused by an existing LACK OF stomach acid). Current statistics show that as many as 20% of US citizens suffer from symptoms of GERD on a weekly basis and approximately 60% of US adults report experiencing these symptoms annually (symptoms typically include heartburn, acid reflux, and chest pain). As with most conditions in today’s world the most common treatment method for GERD is pharmaceutical intervention using Proton Pump Inhibitors (or PPIs). (ii)

If you’ve turned on the television in the past month you’ve most likely seen multiple advertisements for Prilosec, Nexium, Prevacid and other PPI’s, which are heavily pushed as the only cure for GERD-like symptoms such as heartburn. Sadly, what doctors and pharmacists fail to tell the public about these drugs is that in the vast majority of cases they aren’t even necessary and can (and often do!) make the condition worse or even create a problem when there really wasn’t one to begin with. Even though symptoms of reflux are typically all thrown into the same diagnosis of Gastroesophageal Reflux Disease, the most common form of GERD which occurs 70% of the time, is actually a form called NERD or “Non-erosive Esophageal Reflux Disease”. While patients with NERD may initially feel relief from their symptoms with the use of PPI’s, there is abundant evidence showing that these drugs are not the best form of treatment and can actually lead to further health complications down the road. (iii)

Drugs such as Nexium, Prilosec and Prevacid work by essentially decreasing the body’s ability to make stomach acid. Keep in mind- GERD is not typically caused by excess stomach acid, but rather lifestyle activities that affect digestion and (at times) a malfunctioning of the gastroesophageal junction (as with a hiatal hernia, which I will discuss later in this article). Possibly even more important than how these drugs work is the long list of side effects that can come with prolonged usage of PPI drugs which (according to the website for the prescription drug Nexium (iv)) may include:

* Diarrhea (possibly caused by an infection (Clostridium difficile) of the intestines)

* Low magnesium levels in your body

While these side effects would be enough to scare me away from using these drugs, the fact of the matter is that these are really just a drop in the bucket when it comes to the long term side effects of treating GERD with proton pump inhibitors. Studies show that people who take acid-blocking medications for the long term can become deficient in Calcium, Iron, and vitamin B12 in addition to having an increased risk for osteoporosis, salmonella infections, campylobacter, pneumonia, IBS, Small Intestinal Bacterial Overgrowth (SIBO) and a decreased ability to produce stomach acid. Now, if you’ve been following (and I’m sure you have) you’ve picked up on the fact that the purpose of these PPI drugs is to decrease the body’s ability to produce stomach acid, and thus one might assume that reducing stomach acid would be beneficial. This couldn’t be further from the truth and in fact, oftentimes reducing stomach acid can worsen GERD symptoms while creating a whole slew of new symptoms and conditions. (v)

I believe the June 2009 issue of Gastroenterology, did a fine job in explaining how the overprescribing of proton pump inhibitors has actually resulted in an increased need for these drugs by stating; “As a consequence, a substantial proportion, if not majority, of patients now prescribed proton-pump inhibitor therapy do not have acid-related symptoms and therefore have no true indication for such therapy. The current finding that these drugs induce symptoms means that such liberal prescribing is likely to be creating the disease the drugs are designed to treat and causing patients with no previous need for such therapy to require intermittent or long-term treatment.” (vi)

For the purpose of really driving home my point, I’m going to repeat the fact that GERD is NOT caused by too much stomach acid! In fact stomach acid is vital for a number of important processes which include: digesting food (particularly proteins), activating digestive enzymes in the small intestine, preventing problematic bacteria from growing in the small intestine, and helping the body absorb important nutrients like calcium, magnesium, iron, and vitamin B12. By decreasing the body’s ability to produce stomach acid, the digestive process is disrupted resulting in a slew of health conditions relating to vitamin and mineral deficiencies, bacterial overgrowth and infections, and a lack of essential digestive enzymes. With a disrupted digestive process, transit time is drastically slowed resulting in food and (what’s left of) the acid in the stomach left sitting in the upper GI tract where it is more likely to “reflux”. For many of those suffering from GERD, the first step should not be to decrease stomach acid, but rather to implement ways to promote healthy digestion which, ironically, often involves actually supplementing with hydrochloric acid (HCL)- the one component PPIs are meant to reduce!

Now here’s the good news! There are a number of things that can be done to manage symptoms of GERD naturally. The first and possibly easiest step is to avoid problematic foods such as: chocolate, citrus, tomatoes, peppermint, onions/garlic, high fat meals, carbonation and alcohol (particularly white wine). Opting for more frequent small balanced meals over large meals can also be very beneficial. With stress being strongly linked to digestive malfunction, taking steps to manage stress levels can result in immediate relief of GERD symptoms. Avoiding meals within 3 hours of bed, elevating the head while sleeping and sleeping on the left side have also been shown to provide immediate relief of GERD symptoms. While not an immediate solution (as healthy weight loss does take time), decreasing bodyfat should be a primary goal for overweight individuals suffering from acid reflux. Having excess abdominal fat can prevent the contents of the stomach from emptying properly, thus affecting digestion and often resulting in reflux. (vii)

As food allergies can also create symptoms of GERD, completing a food allergy test or 21 Day Food Elimination diet can also be extremely helpful in detecting a food allergy or sensitivity. Food allergy testing can be particularly beneficial for those suffering from a form of GERD called “Eosinophillic Esphagitis”. With this form of esophagitis (inflammation of the esophagus), there is often an association with food allergies, asthma or eczema. For those who have (or suspect they may have) this particular form of GERD, removing food allergens, following an anti-inflammatory diet and implementing nutritional supplements can be extremely beneficial. (viii)

Ironically, certain medications have been strongly linked to symptoms of GERD. Calcium channel and Beta-blockers for high blood pressure and heart disease, sedatives for anxiety and insomnia, tricyclic antidepressants, and NSAIDS have all been linked to symptoms of GERD and heartburn. In addition, antibiotics can be extremely detrimental as they kill off the essential bacteria in the gut, resulting in decreased GI integrity and digestive function. Of course, I would never advise a patient to simply stop taking all prescription medications; however it is important to note that many of today’s most common health conditions and treatment methods are intertwined and thus implementing simple lifestyle changes should be the first step in managing disease and promoting health. (ix)

When diet and lifestyle changes just aren’t enough, there are some extremely beneficial supplements or natural therapies available that can drastically improve GERD symptoms. Clinical-grade supplements including digestive enzymes, probiotics, and HCL (to name just a few) can be implemented to promote optimal digestion. I recommend seeking a qualified Functional Medicine or holistic-based Practitioner for assistance with creating a supplementation or treatment regimen.

Finally, as a last resort, there are severe cases of GERD that may require treatment with the use of PPI’s in addition to the recommended dietary and lifestyle modifications. For certain conditions such as a significant hiatal hernia, Barrett’s Esophagus, or severe “erosive” forms of GERD, Proton Pump Inhibitors can be beneficial in decreasing or stopping damage to the esophagus. As there are some factors to consider for PPI weaning, I do recommend first talking with your primary care physician especially for those who have been on a PPI for more than five years or with a frequency of twice per day and I never recommend quitting these medications “cold turkey”.

To bring this article full circle, isn’t it interesting how today’s most common and chronic health conditions are so tightly intertwined? Take GERD for example and your average American…. The average American will be on antibiotics at least once (if not a number of times) during their lifespan. The average American lives in a chronically state of stress where diet, exercise and sleep are often put on the back burner in favor of things like work, television and even social activities. As a result of lifestyle habits, the average American will eventually develop some form of health condition(s) and to “treat” these conditions, the average American will be put on some form of antibiotics, beta blockers, sedatives, antidepressants, or other prescription medication; which can further exacerbate the GI and digestive problems that are most likely already present as a side effect of the poor diet and chronic stress. Upon developing these GI issues (which oftentimes present as GERD) the average American is typically placed on PPI’s, which often lead to additional gastrointestinal disorders and other (seemingly non-related) health issues. In many cases, the Standard American Diet and lifestyle combined with today’s method for treating chronic disease is really just one perfect GUT BOMB waiting to explode. 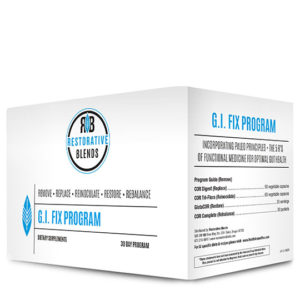