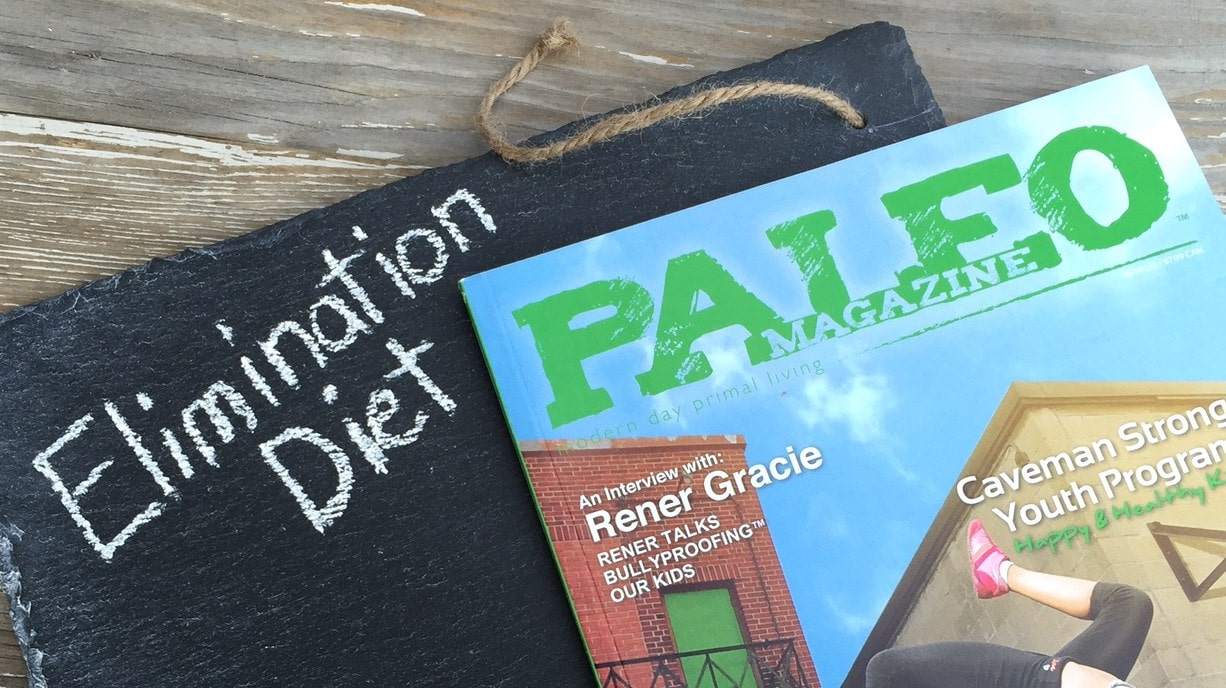 When speaking with a variety of people following the Paleo diet, it seems that most do so with some form of 80/20, 90/10 or even 98/2 principle where they are strictly Paleo for a percentage of the time (ie 80, 90, or 98%) then allow for the occasional non-Paleo indulgences. While those with known gluten, dairy or other food allergies/sensitivities should always avoid those problematic non-Paleo fares, there is a large population who simply believe that they feel better on the Paleo diet but have never been able to pinpoint which non-Paleo foods are the primary culprits of their health issues. Although most experience overall improvement in health status with the Paleo diet, I’ve found that the many who follow the “80/20” principle still experience GI issues, constant low-grade headaches, brain fog or fatigue, and lingering muscle & joint pains or skin conditions due to continually reintroducing foods that create waves of heightened immune responses or consistent inflammation. For those following the 80/20 principle, there is a simple testing protocol that I recommend in order to “test” which foods should be avoided at all times and which are safe to indulge in occasionally. Here is how to plan for a successful Paleo Elimination Diet:

Before continuing, I strongly recommend those with suspected Celiac disease or gluten sensitivity or first-degree relatives with Celiac disease first consult with an experienced professional for guidance and potential testing (Primal Docs and Paleo Physicians Network are great resources of Paleo physicians around the world). Once gluten is  completely removed from the diet for several weeks, blood or saliva testing will not be accurate. In order to test after removing gluten for any significant amount of time, gluten would need to be reintroduced for up to two weeks prior to testing for accurate results (in many cases, I do not recommend adding it back in just for testing purposes).

For the rest of the population who follow the principles of the Paleo diet, know for certain that they don’t have any serious food afflictions, and simply want to understand how their body reacts with and without certain foods so that they can avoid those particularly problematic non-Paleo foods 100% of the time- The Paleo Elimination Diet is for you!

First- I recommend beginning a Paleo elimination diet by removing ALL wheat, barley and rye, corn, other grains (often referred to as “non-gluten grains), dairy, soy, and legumes COMPLETELY for 21-30 days (in cases of autoimmune conditions and chronic inflammation, nightshades are also removed). Artificial sweeteners, colorings, additives, MSG, and other non-Paleo chemicals are also removed. After the 30 day elimination period, most patients report significant improvement in energy, GI issues, chronic aches and pains, autoimmune symptoms, and even blood work.

Next- Foods are strategically re-introduced one at a time and symptoms assessed with each particular food back in the diet. When reintroducing foods, it is important to NEVER add more than one food at a time; for instance adding back pizza with a mug of beer and ice cream for dessert (containing wheat, dairy, nightshades more gluten and more dairy) would make it impossible to determine which food(s) are potentially problematic.

Thus, after completing the 30 day elimination period I recommend patients begin by reintroducing low-lactose dairy such as butter, ghee, aged cheeses, some cottage cheeses and yogurts (opt for organic and full fat varieties). Allow for 2-3 days with only these products added to the diet and assess symptoms. Common symptoms of a dairy sensitivity include excess mucus formation, digestive upset, bowel changes, skin irritation (dry patches, rashes, itching), headaches or body aches. If no symptoms are noted the patient will then remove the low-lactose dairy items (some may prefer to leave things like organic butter and ghee in the diet, this is fine for those who experience no symptoms) and introducing higher lactose dairy products such as milk, yogurts, and ice cream. It is important to differentiate the two types of dairy products (low lactose and high lactose) in order to assess symptoms and determine whether they are caused by all dairy products or just those that are higher in lactose. If the patient experiences stomach pain after consuming higher lactose products but no symptoms with the lower lactose varieties, they know that they must avoid products like milk, ice creams, and yogurts but can enjoy the occasional organic butter or ghee or even aged cheeses. However those who experience symptoms with all dairy products most likely don’t tolerate dairy and should remove it for 3-6 months or indefinitely (for some).

After experimenting with dairy products, the patient will systematically reintroduce products such as legumes, non-gluten grains (rice, millet, amaranth etc.), corn (organic if possible), soy, and gluten grains. When reintroducing these foods, symptoms to look for include bowel/digestion changes, stomach upset (gas and bloating), behavioral changes, and a return of aches, pains or skin conditions. Again, keep the items in purest form and introduce only one item at a time to determine how your body reacts with each specific food. I highly recommend recording symptoms in a journal for a better understanding of how your body is feeling during this time.

The final food group to be re-introduced is the gluten grains which include wheat, barley and rye. Gluten can be particularly problematic and is linked to an array of health issues including chronic inflammation, neurological issues, autoimmune disease, intestinal permeability and more. After removing gluten alone, many feel so much better that they have no desire to reintroduce it; which is perfectly fine for those ready to commit to a 100% gluten-free diet. However, even though many feel irrefutably better on a gluten-free Paleo diet (i.e. headaches disappear, chronic pain is relieved, energy returns) it seems because they have never “tested” gluten individually (either with an elimination diet or via laboratory testing) they fail to fully understand the consequences of continually reintroducing this ingredient to their bodies.

Granted, most will see health improvements after simply swapping out processed foods and sugars for vegetables and organic proteins; those who experience life-altering changes in health with the Paleo diet most likely feel so much better because they have actually pinpointed food allergies or sensitivities. It is vital that these people understand why they feel so much better on the Paleo diet to ensure that they aren’t reintroducing foods that can cause an inflammatory response or additional damage to the GI system (as is the case with leaky gut). Now, I’m certainly not condoning regular intake of flour and cheese-laden pizza or sugar-loaded ice cream and for those choose to stick to their Paleo lifestyle 100% of the time, I applaud you (as this really is ideal)! However, I also understand that dietary changes need to be implemented as part of a new lifestyle (rather than a temporary change) and special occasions are a part of life.

For those planning to enjoy pie at Thanksgiving and cake at birthdays, I highly recommend completing this elimination diet in order to fully understand which foods you shouldn’t be “cheating” with. By pinpointing exactly how you feel with and without certain foods in your diet, you are empowered to enjoy those special occasions by opting for the non-Paleo foods items that you know aren’t going to set you back from reaching your health and wellness goals.

For those struggling with digestive complaints, even after completing the Paleo Elimination diet, we recommend completing Dr. Kremer’s 30 Day G.I. Fix Program in conjunction with the 5 R Program of Functional Medicine. For more on this, check out Dr. Kremer’s article “Digestive Health and Chronic Disease”.