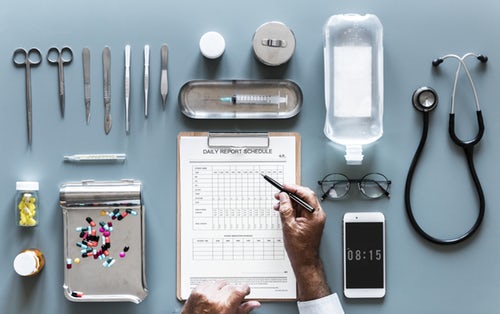 Posted at 19:43h in From the Doc, Health Articles, Healthy Living by Health Around You 0 Comments
0 Likes

As a Chiropractic physician it is my goal to always look for the root cause or contributing factors of my patient’s ailments. I work a great deal with those who have suffered sports, auto, or work injuries and have a high success rate. I would say 70% of my patient base has health insurance with alternative health benefits such as Acupuncture, Chiropractic, Naturopathy, and Massage. In most cases, health insurance coverage

strongly dictates the type of care people seek for their acute or chronic pain. If they have alternative care coverage, many will pursue the more natural option first. Those who don’t have alternative coverage are often led down a more conventional medical route. Sadly, as insurance premiums, deductibles, and out-of-pocket costs continue to skyrocket for U.S. citizens, while covered services become more limited, those in need of quality treatment for pain management are often left with two options: just deal with the pain or mask it with a prescription. Prescription opioid medications offer a quick and simple solution and are often covered by health insurance policies.

I initially set out to write this article on natural solutions for pain management, and I still intend to cover this subject in detail in my next article. However, as I traveled down this rabbit hole of uncovering why natural pain management is so important, I was absolutely astonished by the statistics around the current opioid crisis in our country! Thus, I bring you part one of a two part column covering the current Opioid crisis in America and Natural Alternatives for Pain Management.

Birth of a New Epidemic 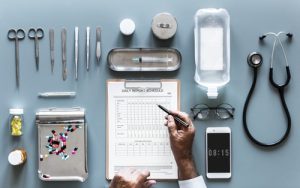 As you may be continuing to notice in the news headlines and with social media, we are in the midst of an opioid crisis in the United States. Headlines such as “Opioids Now Kill More People than Breast Cancer”(CNN, Dec. 21, 2017), “Drug Overdoses Killed More Americans Last Year Than the Vietnam War” (CBS News, Oct. 17, 2017), and “Drug Deaths in America Are Rising Faster Than Ever” (The New York Times, June 5, 2017) are impossible to ignore. In 2015 drug overdoses killed more people in the US than car crashes and gun deaths combined and have now become the number one killer in the U.S. for adults under the age of 50. (1) An average of 142 people die in America each day due to drug overdoses, with 91 being opioid -related.

Opioids such as morphine and codeine are naturally derived from opium poppy plants. Hydrocodone and oxycodone are semi-synthetic opioids, manufactured in labs with natural and synthetic ingredients. The International Narcotics Control Board reported that in 2015, Americans represented about 99.7% of the world’s hydrocodone consumption. Common brand names include: OxyContin®, Percocet®, Vicodin® and Demerol® (to name a few). The drug fentanyl is a fully synthetic opioid is up to 100 times more powerful than morphine and has more recently been on the rise with abuse and overdose deaths. 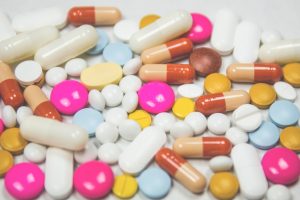 This class of prescription drugs interact with opioid receptors on nerve cells in the body and brain by releasing the hormone dopamine. This effect causes pain relief, a sense of euphoria or a “high” and (as you might imagine) are extremely addictive. Generally, considered safe when taken for a few days at a time, these medications were initially intended for post-surgical pain and terminal cancer patients. In recent years they have been prescribed for a much wider range of chronic and acute pain-related complaints.

A Serious Issue on the Horizon

Initially medical doctors used extreme caution when prescribing these drugs due to the risk of addiction. In 1992 the Federal Government reported that half of all surgery patients suffered needlessly because hospital doctors weren’t adequately addressing the issue of pain relief. Dr. James O. Mason, head of the Public Health Service, even came forward stating that the concept that narcotics used for postoperative pain being highly addictive- was just a myth. (6) Faced by pressures medical associations, government agencies, and advocacy groups to treat patients more quickly and efficiently, doctors began prescribing painkillers as a simple solution for pain management.

The opioid epidemic began to escalate after an aggressive marketing campaign in 1996 led by Purdue Pharma that promoted widespread use of opioids to treat not just acute pain, but also chronic ailments such as arthritis and low back pain. They claimed and even assured the medical community there was less than a 1% risk for addiction… 11 years later Perdue Pharma pleaded guilty to lying about the risk of addiction to OxyContin, and was fined $634.5 million in one of the largest pharmaceutical settlements in U.S. history.

In the years between 1999-2010 the amount of prescription opioids sold to pharmacies, hospitals, and doctor’s offices also quadrupled; yet Americans reported no change in overall levels of pain in those years. (11) Today, Ninety-five million Americans have used prescription painkillers in the past year, a figure that has also nearly quadrupled since 1999. (7) While the number of prescriptions being written was a major issue, possibly equally as damaging was the length of time they were written for- in many situations where only a few days worth of pain meds were needed, prescriptions were written for weeks or even months. Meanwhile, prescription medications were being given to patients when milder, less addictive, painkillers could (and should) have been recommended.

To put in perspective just how big this issue has become in America, drug policy expert Keith Humphreys made the 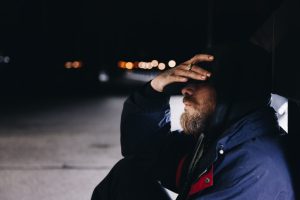 following statement “You have to double the amount of opioids Japan consumes five times to come close to the US” (and Japan has a much older population). (12) In 2015, the federal government estimated 8.5 million Americans, about 3 percent of the population, misused opioid painkillers. That same year, 2 million Americans were addicted to pain meds, resulting in over 20,000 deaths due to prescription opioid overdose. (3,4) Heroin is the non-prescription, illegal opioid that many turn to as an affordable alternative once their prescriptions run out. An estimated 80% of heroin users actually started with prescription pain meds. According to the U.S. Drug Enforcement Administration, “Overdose deaths, particularly from prescription drugs and heroin, have reached epidemic levels.” (5) Thus, what started as a simple push to write more prescriptions for pain management has become the deadliest drug overdose crisis in US history.

Is There an End in Sight?

It does seem that we have turned the corner in the US on the opioid crisis with the more recent sense of urgency and attention around this epidemic. Recently, Thomas Frieden, the director of the Centers for Disease Control and Prevention (CDC), stated that urgent action is “critical” in reversing this issue. In March 2017, the governor of Maryland, Larry Hogan, declared a state of emergency to combat the opioid epidemic, and in July 2017 opioid addiction was cited as the “FDA’s biggest crisis.” On October 26, 2017, President Donald Trump agreed with his Commission’s report and declared the country’s opioid crisis a “national public health emergency”.

In 2016, the CDC issued voluntary guidelines recommending physicians use non-opioid therapies when possible. Still, most health insurance companies will gladly pay top-dollar for prescription drugs over alternative therapies to manage chronic pain. Sadly, these drugs only mask the problem and (as you’ve seen above) come with a high risk. Meanwhile many plans that do offer “Alternative Healthcare” benefits, are often limited and very tightly monitored. I’m continually baffled that amidst this crisis, health insurance companies still fail to see the cost-effective benefits utilizing alternative options for pain and other chronic conditions, but am optimistic that as this opioid crisis is fully addressed perhaps more attention will be given to alternative treatments for pain management.

I want to be very clear that I am not laying the blame on any one area of the medical community when it comes to this crisis. Rather, my hope is to simply bring attention to these alarming statistics and encourage readers to carefully consider treatment options and resist allowing ones health insurance coverage (and exclusions) dictate the treatment plan. In my next article I will be expanding on the alternative options (used independently or in conjunction with conventional medicine) for pain management including: Chiropractic, Acupuncture, Dietary Choices, Natural Pain Relievers and Anti-inflammatories, Body Work and Active Care, Infrared Sauna Therapy and Pulsed Electromagnetic Field (PEMF) Therapy.

“Drug Deaths in America Are Rising Faster Than Ever”, New York Times, June 5, 2017

Center for Behavioral Health Statistics and Quality. (2016). Key substance use and mental health indicators in the United States: Results from the 2015 National Survey on Drug Use and Health (HHS Publication No. SMA 16-4984, NSDUH Series H-51). Retrieved from http://www.samhsa.gov/data/