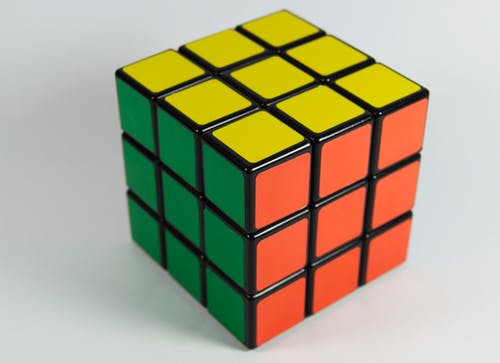 23 Jan The End to Cognitive Decline

How would you rate your memory and cognitive function?  Do you often find yourself walking into a room only to realize you don’t remember what you came for? Or opening the fridge and then blanking on what you were originally seeking? While many attribute these seemingly minor lapses as “normal”, I believe that while memory issues may be common in today’s world, they don’t necessarily have to be a normal part of our everyday life; especially for those still in adulthood and middle age. 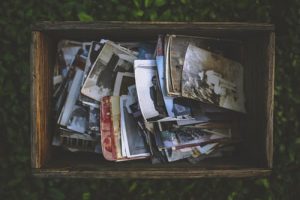 With terms like “mommy brain” and “brain fog” being thrown around more frequently in today’s world and an increasing number of people noting that they struggle with a lack of mental clarity, I believe this is an area needing serious attention. Possibly one of the most alarming statistics in the area of brain health and cognitive function pertains to Alzheimer’s disease. This debilitating neurodegenerative disease has increased 55% from 1999-2014 and currently affects more than 5 million Americans, with estimates as high as 16 million by 2050. 1 Thus, those struggling with mere brain fog in their 20’s, 30’s and 40’s could be facing more serious memory issues if dietary and lifestyle factors are not drastically altered.  Today, I’d like to focus on those lifestyle factors that can have a huge impact on your brain health and cognitive function, now and in the years to come.

While I’d never heard of the term “brain fog” 15 years ago, this is now a symptom that I hear almost daily from patients. Brain fog is a type of cognitive dysfunction involving memory issues, inability to focus and poor mental clarity and concentration. Brain fog is commonly linked to stress, adrenal dysfunction, sleep quality, hormones, inflammatory diet, certain medications and several health conditions including many autoimmune diseases, fibromyalgia, diabetes, depression and of course Alzheimer’s disease.

Diet- As with pretty much every system in the body, diet plays a vital role in maintaining mental health. As inflammation is possibly the leading cause of most mental disorders, non-processed, gluten/grain free, low sugar, higher fat diet is essential for keeping the brain functioning optimally. When it comes to fats, maintaining the healthy ratio of omega 3 to omega 6 fatty acids is key as studies have linked a higher omega 6 to omega 3 ratio to lower intelligence and memory function, in addition to increased inflammation.

Speaking of diet and fats in particular, possibly the most promising research in the field of cognitive function is around the ketogenic diet.  Recently, the Journal of Alzheimer’s Disease reported the

results of a study evaluating the dietary impact of a higher carb vs higher fat diet in 2000 elderly individuals. After following the participants for 4 years, those that consumed higher amounts of carbohydrates had a 90% increased risk of dementia while those on the higher fat diet actually experienced a 40% decreased risk! An additional study analyzed the effects of a ketogenic diet on patients who already had Alzheimer’s disease to determine if the diet could improve mental function in this population. Using the Alzheimer’s Disease Assessment Scale-cognitive domain, researches in this study found that while Alzheimers patients typically decline by five points per year, those following the ketogenic diet actually improved cognition by an average of 4 points on the scale.

One reason why the ketogenic diet might be so beneficial for cognitive function is due to its ability to improve insulin sensitivity and other metabolic risk factors. With Alzheimer’s now known as “Type 3 Diabetes” we’re beginning to see a very strong link between cognitive dysfunction and insulin resistance (as well as metabolic syndrome in general). Although researchers are still trying to understand the exact role that insulin plays with cognitive decline, we do understand that Alzheimer’s seems to be linked to an inability for the brain to use and metabolize glucose. Researchers have also found that worsening insulin functioning in the brain directly coincides with cognitive decline and even shrinking of the size and structure of the brain.

Fasting– A simple daily habit that is now showing tremendous promise for cognitive health (and insulin resistance for that matter) is intermittent fasting. While most studies around fasting and cognitive health have been done on animals, the results are still quite impressive. In addition to improving biomarkers of health and reducing oxidative stress, fasting has been shown to preserve learning and memory functioning while slowing disease processes in the brain. As a regular proponent of fasting, my favorite strategy is to simply stop eating around 7 or 8 at night, skip breakfast the next morning (I like to add coconut or MCT oil to my coffee) and then enjoy the first meal the next day around 11am or noon.

Exercise-As with sleep and diet, exercise is another area that has been shown to have a direct impact on memory and cognitive function. Studies show that young adults who exercise are more likely to have better thinking and memory skills in middle age while middle aged people who exercise are found to be less likely to develop dementia later in life. 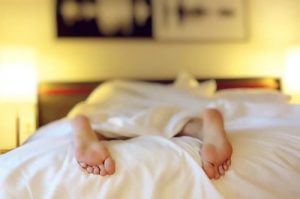 importance of sleep for yet another aspect of health, however it really is worth mentioning again. Sleep deprivation has been shown to impair attention, memory and decision making skills. In addition, studies have linked breathing disorders that continually disrupt sleep (sleep apnea) to increases in beta-amyloid deposits in the brain (a significant biomarker of Alzheimers). It is believed that the brain clears deposits of amayloid plague during deep sleep, thus failing to get adequate, high quality sleep could directly impair cognitive function.

Diet/Supplementation-While there are actually quite a few supplements out there that can be beneficial for memory and cognitive function, a few of my personal favorites include Panax Ginseng, L-Carnosine, CDP-choline and the popular brain supplement Ginkgo Biloba. Panax Ginseng has been shown to help improve fatigue related cognition while helping in times of stress. L-Carnosine is beneficial for improving memory and may have a strong influence on restoring mitochondrial functioning (mitochondria play a crucial role in revealing a regulating synaptic transmission, and promoting brain function, and cognition in aging).  CDP-choline and Gingko Biloba have both been shown to improve memory, attention and processing speed. I’m personally a huge fan of the Restorative Blends product “Fit Mind” as this has all of the above ingredients plus a few more brain-boosting ingredients. Of course, supplementing with a quality fish oil is also beneficial, especially for those seeking to improve their ratio of Omega 3 to Omega 6 fatty acids.

Brain Exercise- In today’s technologically dependent world, we’ve become overly reliant on our computers and handheld devices to do much of the work that our brains used to do to keep us sharp. Ironically, this technology can be used in our favor when we take advantage of apps such as Luminosity, Elevate, Brain Trainer Special, Brain Fitness Pro ($4), Fit Brains Trainer, and Eidetic (just to name a few). If you’re already using your brain on a daily basis (via work or hobbies) these may not be necessary, however if you find that your memory could use some fine-tuning, these apps are a great form of cognitive exercise.

When you tie it all together you can quickly see that once again our daily habits all make a huge difference in every aspect of our health, both today and in years to come. For those struggling with a little brain fog today I highly recommend digging deeper to first understand the potential causes (sleep, stress, inflammatory diet, lack of movement, etc) then take action to address these factors. You’ll likely find that as you clean up your diet you’ll have more energy and motivation to move more and with the increased exercise, stress and sleep quality will also naturally improve. Before you know it you’ll be forgetting what its like to struggle with brain fog and poor cognitive function.