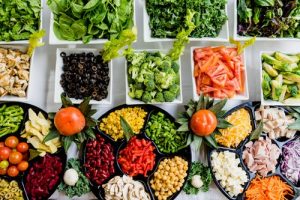 When treating pain, my first and primary goal is to uncover the cause with a thorough history and examination. Obviously, in cases of acute injury such as surgery or an auto accident, this can be relatively easy to pinpoint the underlying pain generator and in some cases pain medications or NSAIDs are appropriate- short term. However, being that I work on both acute and chronic pain issues, much of my practice involves digging deeper into the inflammatory triggers of chronic pain. Inflammation and inflammatory diseases both contribute to chronic pain, and diet & lifestyle factors have a strong ability to modify the pain-inflammatory response.

As there are two types of pain- Nociceptive (in which a physical stimuli is involved such as an acute sports injury, chronic muscle tension, or other physical stressors), and Neuropathic (which does not always include a current physical component but the nervous system continues to send pain signals to the brain long after the physical injury or in some non-traumatic cases like cancer, diabetes, multiple sclerosis and other neuropathies).

According to a 2012 NIH study1, 11.2% of the American population (25.3 million) report having some form of pain daily for three consecutive months with common causes of this chronic pain being related to arthritis, Fibromyalgia, back/neck pain, joint/muscle pain, Multiple Sclerosis, Autoimmune Disorders and Headaches.

According to a very interesting 2007 study2, the origin of ALL pain is inflammation and the relating inflammatory response. Thus, I believe the key component to ALL forms of pain treatment should involve reducing inflammation, by both removing inflammatory triggers and boosting intake of natural anti-inflammatories. Lets explore these topics more thoroughly:

Diet effects our health on multiple levels and should ALWAYS be addressed when dealing with any disease or ailment such as chronic pain. Although not as simple as popping a pill, dietary intervention often makes sense to be used as the First Line of Defense when it comes to reducing pain associated with inflammation. 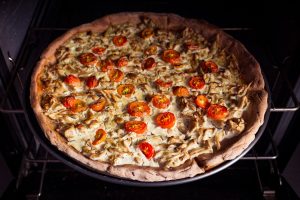 Gluten- Gluten is quite possibly the single most inflammatory food out there, regardless of whether one has sensitivity or celiac disease. To quote Wheat Belly author Dr. William Davis, “this thing being sold to us called wheat—it ain’t wheat. It’s this stocky little high-yield plant, a distant relative of the wheat our mothers used to bake muffins, genetically and biochemically light-years removed from the wheat of just 40 years ago.” To add insult to injury, pretty much all non-organic modern wheat is sprayed with the toxic herbicide Roundup (glyphosate) prior to harvest. Thus, even if a person doesn’t actually have an issue with wheat itself, the simple consumption of non-organic wheat, barley and rye products results in consuming large amounts of inflammatory toxins. 3

Nightshades- Nightshades are a group of plants commonly referred to as Solanaceae and include peppers, 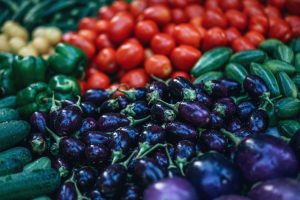 white potatoes, tomatoes, eggplants, tomatillos, goji berries, okra, and even ashwaganda (commonly used for adrenal support and stress management). Spices such as chili pepper, paprika, cayenne and red pepper flakes also fall into the nightshade family. While most people tolerate nightshades just fine, those battling inflammatory conditions such as arthritis and even diabetes may find them particularly problematic. Nightshades are problematic because they contain alkaloids, a natural insect repellent that prevents the plant from being destroyed in nature. When these anti-nutrients are consumed they may also cause digestive issues and can lead to leaky gut in some people (another cause of inflammation).

Beyond Nightshades with the Autoimmune Protocol (AIP)– While some will find relief from chronic inflammation by removing the gluten and/or nightshades, there are those who need to go one step further by eliminating all potentially inflammatory triggers such as nuts, seeds, eggs, grains, legumes and dairy. Sound restrictive? Yes, it can be. However, it can also be very effective at drastically reducing inflammation and pain. While daunting, keep in mind that following AIP doesn’t have to be permanent; typically results can be experienced within the first couple of months on this protocol. Upon following a strict Autoimmune Protocol for 1-12 months (duration depends on person and condition) it is recommended to begin reintroducing and testing potentially problematic foods with the intent of narrowing down exactly what foods are tolerable (typically in moderation) and which should be avoided permanently. I recommend the books “The Autoimmune Solution”, “The Wahls Protocol” and The Paleo Approach” (to name just a few) for further reading on this topic.

Of course, for pretty much all individuals I recommend sticking to a basic anti-inflammatory diet which includes limiting (or even better omitting altogether) sugar and processed foods or go one step further and make it Paleo. I recommend all individuals include naturally anti-inflammatory foods in their diet regularly, which include: wild caught fatty fish, nuts and seeds, greens, avocados, olives and olive oil, berries, beets, flax and chia seeds, bone broth, dark chocolate turmeric and ginger.

Wondering just how important an anti-inflammatory diet really is? A 2004 study 4 comparing anti-inflammatory agents actually found resveratrol (found in red grapes, blueberries, dark chocolate) and curcumin (the active component in turmeric) to be more potent than aspirin and ibuprofen for reducing inflammation! In fact, aspirin and ibuprofen were found to be among the least potent for reducing inflammation in this study.

Some of my favorite anti-inflammatory supplements include:

I feel that I can’t wrap up this article without also touching on the potential anti-inflammatory and pain benefits of cannabinoids, active components of the plant cannabis sativa (aka marijuana). If you’d told me 20 years ago that I would be here today promoting the health benefits of marijuana I would have never believed you, yet the research on this amazing plant is hard to deny. In fact, the cannabis plant is quite possibly the most researched plant in human history with studies showing that it can be beneficial for everything from cancer and seizures, with most studies centered around pain and inflammation reduction. According to a collection of studies, cannabinoids have been shown to suppress the inflammatory response while weakening disease symptoms in those with various forms of cancer and autoimmune disease. 7 Cannabis’ efficacy is likely attributed to the way that the substance stimulates the body’s endocannabinoid system, which is responsible for a variety of physiological processes including appetite, mood, and pain-sensation. I could write an entire article on cannabis alone but the bottom line is for those with chronic pain, cannabis supplementation is a very promising treatment.

Of course I can’t leave out the effects of proper sleep, stress management, mindfulness and meditation as these factors also decrease inflammation, promote overall health and decrease pain. And, if nothing else these activities can dramatically improve one’s mindset around managing pain.

As I consider the current opioid crisis in America I just can’t help but wonder if this would even be a problem if practitioners were able to spend more time discussing diet and lifestyle and less time writing prescriptions. But, sadly our healthcare system just isn’t set up in a way to support preventative and proactive measures in a lucrative manner… or at least not as lucrative as big pharma has become. Fortunately, it does seem that this is one area in the healthcare system where enough attention has been drawn in recent years to encourage patients and practitioners to take action. I’m eager and optimistic to see where the future of medicine goes as I, and many other alternative medicine providers, continue to fight the good fight by encouraging natural medicine to promote optional health.